Over the years I have created or helped to create a number of Software and scripts and novel datasets for environmental analyses at various scales.

Contributed to the creation of global openly available data on the Potential distribution of land cover classes (Potential Natural Vegetation) at 250 m spatial resolution based on a compilation of data sets (Biome6000k, Geo-Wiki, LandPKS, mangroves soil database, and from various literature sources; total of about 65,000 training points). The map was created using relief and climate variables representing conditions the climate for the last 20+ years and predicted at 250 m globally using an Ensemble Machine Learning approach as implemented in the mlr package for R. 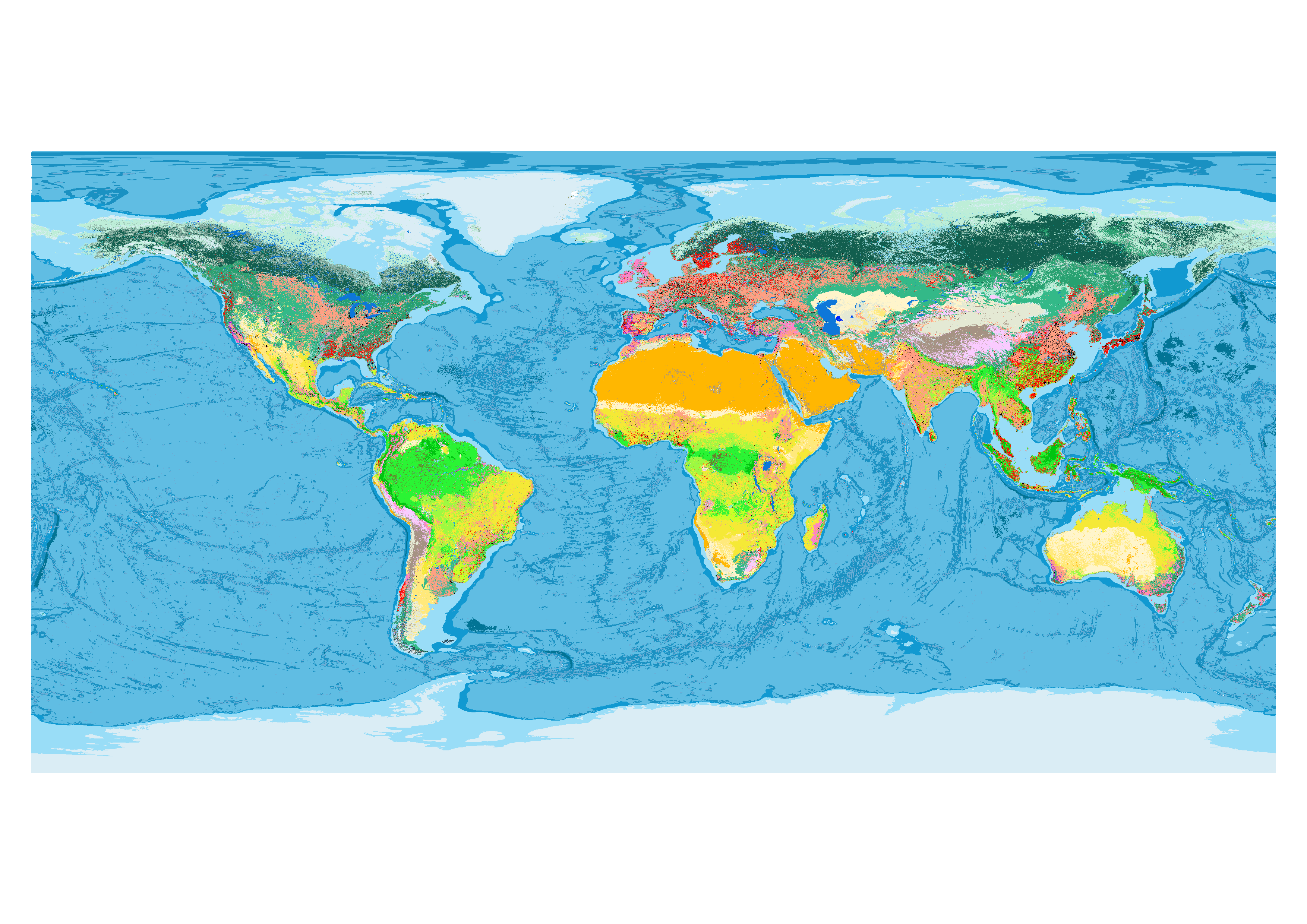 Using the Google Earth Engine platform I developed Javascript code to create the first global habitat map specifically for species habitat analyses. The map is created by intersecting best available global datasets on land cover, climate and land use. The code and map is released under a Creative Commons Attribution 4.0 International license and thus can be freely shared, used or modified. The most recent version of the habitat type layer is uploaded to Zenodo.

To run the code for creating the habitat type map an account on Google Earth Engine is necessary. No Python code was developed as part of this project. Note that while the code for the habitat type map is openly available, the underlying datasets (‘assets’ in Google Earth Engine) are not all (yet) publicly available. Assets can be shared depending on the request, however there is no guarantee that I will host all original input assets for long, since they might change as improved data becomes available.

Potential global distribution, e.g. void of human influence, of habitat types following the IUCN habitat classification system at level 1. To create this layer data on the potential distribution of land cover was intersected with data on climate, elevation and topography. In total 12 classes are mapped based on the decision tree by Jung et al. (2020), with the version number of this layer matching the version of the decision tree by Jung et al. Style file for use in QGIS are supplied. 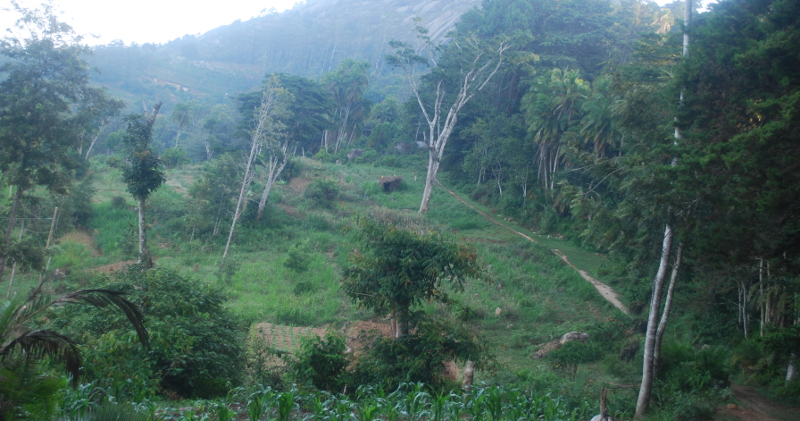 Software and scripts I created

The ibis.iSDM package provides a series of convenience functions to fit integrated Species Distribution Models (iSDMs). With integrated models we generally refer to SDMs that incorporate information from different biodiversity datasets, external parameters such as priors or offsets or constrains such as vital rates with respect to certain variables and regions.

LecoS is a Python plugin for the QGIS GIS software suite. It converts classified raster layers to arrays using the powerful numpy library and - based on a Connected Component Labeling approach - allows to further identify class patches and the calculation of landscape metrics. The use can choose to calculate single or several metrics for the raster classes.

A while ago I created a python plugin with a series of helper functions to conduct species distribution modelling (e.g. trained single class classifiers) for the QGIS software suite. The plugin is released and functional, but due to a lack of time commitment likely won’t work on latest QGIS versions (> 3.0) anymore. The QSDM package adds the following functionalities to the QGIS Processing toolbox:

I created a package to host a number of convenience functions for handling and manipulating spatial datasets in R. Mainly for my personal use, but hopefully the functions will prove useful for others as well